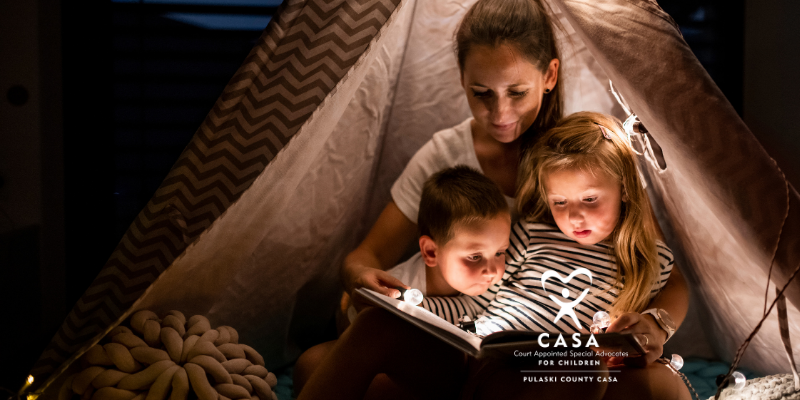 Be a Light of HOPE for Children in Foster Care

After months of sleeping in different homes in multiple towns, a sibling group of five is reunited. The joy on their faces is unmistakable. They hug and laugh and play together with abandon. It wasn't an easy task to get these siblings back together, but their CASA Advocate was unrelenting. She had to be a bit of a squeaky wheel but it paid off. She will sleep easy tonight knowing that progress has been made. It won't be the last hurdle for these siblings but she will be there each step of the way. She is committed to these 5 children. She cannot undo the trauma that they have already experienced in their short lives, but she can ensure they get the support and help they need to heal and that the future is a stable one for them. She can bring hope to these children.

A teenager walks across the stage to be handed her diploma. It was a hard-won accomplishment for her but she has certainly earned it. Her CASA advocate is in the audience smiling from ear to ear. The Advocate reflects on the call she received a couple of weeks ago from the school telling her that the teen didn't have enough credits to graduate. She thinks about the hours she spent digging through records to pull together all the documentation to show the child did have the credits, they were just not recorded properly during one of the teen's many moves. She claps a little harder as the teen waves at her. She has lit the way for this teen.

Because you financially support CASA, we are able to recruit, train, and support our Advocates to go out and bring HOPE.

Your gift can be a Light of HOPE into a Child's Life!